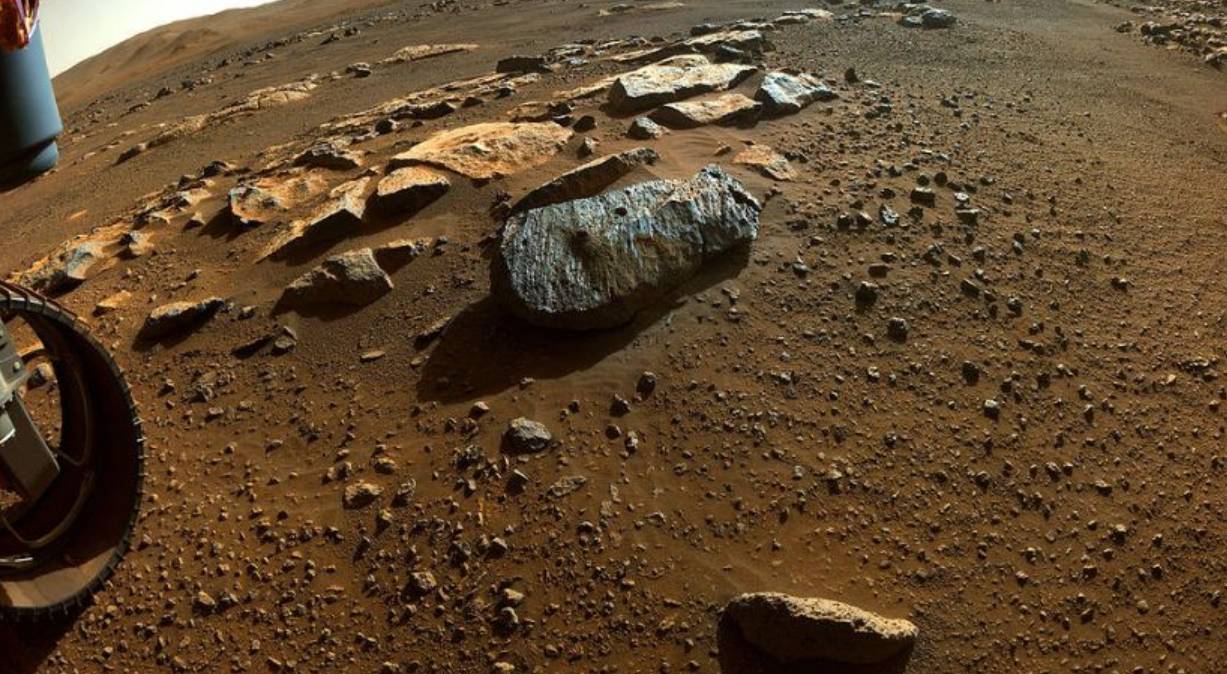 Engineers from the Australian University of Swinburne (Swinburne University of Technology) have developed a process for the production of iron from scrap materials on Mars. It uses Martian soil – regolith, processed air and solar energy. Solar radiation is used as a heat source, in addition, carbon is involved in the scheme (carbothermic reaction) as a catalyst. It can be obtained by cooling carbon monoxide (CO). In turn, CO is a by-product of the plant’s work to extract oxygen from the Martian atmosphere. Thus, the installation should work in conjunction with an oxygen extraction device – the successor to the MOXIE device operating on the rover.

The process uses a carbothermic reaction to reduce iron from oxide. In such reactions, carbon or its compounds serve as a reducing agent. In terrestrial metallurgy, such processes have been used since ancient times. The most famous is the use of coke as a fuel and at the same time a catalyst for the reduction of iron. True, in this way, with the help of blast-furnace smelting, cast iron (pig iron) is obtained, which is already at the next stage freed from carbon impurities and converted into steel. With the help of such processes, other elements are also obtained on Earth, for example, carbothermy is used to reduce phosphorus from phosphates. As for the plans for the extraction of steel on Mars, one must immediately take into account that the reactions of even this first stage of carbothermy require a high temperature, above 1000 ° C, respectively, one can expect that energy costs will be significant, and on Mars this whole undertaking will rest on delivery there or building on the site energy sources of the required capacity.

The minimum energy requirement to power a carbothermal reactor is calculated to be 3.37 MWh per ton of liquid iron alloy. If we take into account that the installation does not work on its own, but in conjunction with the MOXIE “oxygen factory”, which also needs energy, then the total energy requirements for the development of Martian metallurgy will be 15.51 MWh per ton. If it is possible to provide an energy generator on Mars, then the Martian regolith containing metals can be used as ore. The needs and effectiveness of such a scheme can also be estimated theoretically using thermodynamic calculations and known phase diagrams of alloys with a carbon catalyst. Thus, a process with a yield of 99.9% of a liquid iron alloy on Mars could be realized under a pressure of 7 mbar at a temperature of 1120 °C, while the necessary addition of carbon should be about 10%. The hot gas at the outlet of the process will be enriched by 90% in carbon monoxide, and it can be reused: firstly, the following portions of regolith can be preheated by the hot gas flow, and secondly, carbon monoxide can be recycled and reduced to carbon C. Carbon can be run back into the carbothermic reaction cycle. So, the matter remains small – to build an energy station on Mars to provide a metallurgical plant and a blast furnace.

The first step towards the development of local resources on other planets has already been taken: the Perseverance rover has learned to extract oxygen from the Martian atmosphere. For this, the MOXIE experimental facility on board is used. The amount of oxygen it produces is comparable to the capacity of a small tree. True, the installation operates in the “demonstration of technologies” mode, and the extracted oxygen, after measuring the performance of the device under different conditions, is released back into the atmosphere. (There is a separate article about the first experiments on the production of oxygen on Mars). There are other resource extraction projects on Mars and on the Moon, so far they do not go beyond experiments in terrestrial laboratories. Probably, nevertheless, the first technologies within the framework of the ISRU (In-Situ Resource Utilization) concept on space bodies will be the extraction of any useful resources on the Moon – for example, the extraction of water and oxygen from ice deposits in craters and under a layer of regolith near its poles.